A film by Richard Harrow 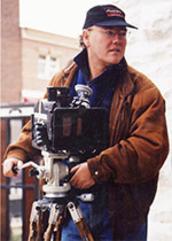 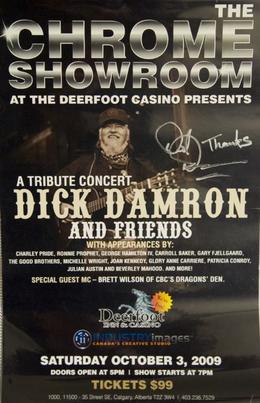 The concert footage, anecdotes, and gems of wisdom from Dick's experience in the music business, as well as the trials in his personal life, make this video both informative and heart warming. After watching this video, I have come to the conclusion that Dick Damron should be acknowledged alongside of other legendary Canadian performers such as Gordon Lightfoot, Ronnie Hawkins and Ian Tyson. A must watch!
Jeff Hohner  SAIT
Engineer/Producer/Songwriter/Musician

I started watching this on a work day… and had a very hard time pressing pause! … meticulously researched… fascinating storytelling!
Peter Lenton - Juno Award Winner
Beaumont Alberta
I, literally, had no idea until I started watching this....ok, I couldn't stop, I'm not joking. Dick's life just unfolds in front of your eyes. His voice is amazing and the personal anecdotes are rich with the musician's "theme" of life.
Shaun Coburn - Powell River BC
I just watched the DD doc. The film is fabulous. Maybe it was the long hair way before anyone else in country did so. He is/was the original long-haired country boy.
Don Wells - South Surrey BC

I Just now finished watching the full Damron documentary with no desire for a pee or smoke break. In all honesty it was captivating. Another word that comes to mind is WONDERFUL! So very good from start to finish.
Ken Kanten - Nova Scotia

What a wonderful tribute to an amazing man.
John Martland - Canmore AB

ABOUT THE FILM
Back in about July 2013 musician and producer John Thiel called and told me he had been mixing some live tracks from a tribute concert for one of  Alberta's great music icons, Dick Damron. The wonderful 2009 concert had been produced by Sam Taylor and Pam Lyken, and had featured many stars performing the songs of Dick Damron. He said Sam had some video  shot at the concert, and they hoped I could sync it up to the audio and edit together some Youtube videos, or perhaps even a TV show. A short time later Dick, Sam, and Brian Richard dropped by my studio with a hard drive containing around 250 Gigs of unlabeled, numbered video files shot with 3 cameras during the course of the show. No audio for reference, no time code, and no shot list or information of any kind.  After organizing the footage I could see that there  were too many missing pieces for a full concert  video, but we did have the good start for a documentary on Dick's  career.  I would later learn that this had been the original intention of Sam and Pam, who had spent many months producing the concert, and who's dream it was that the memory be preserved. The story of the concert and the life of Dick Damron was one that needed to be told, and I felt very lucky  that the opportunity had come my way.
I contacted my friend Harley Hay - author, filmmaker, drummer, and all-round great guy from Red Deer. We go back to high school together and have worked on many musical and video projects over the years.  We were both somewhat familiar with the legacy of Dick Damron, and soon found ourselves shooting a concert where Dick received several awards, and then spending a wonderful afternoon at Dick's home in Bentley Alberta recording a very relaxed, entertaining, and informative interview that would become the centerpiece of the film.  After one more audio only interview about his songwriting process I began researching old articles, pouring over Dick's autobiography, and listening to his substantial catalog of recorded songs and instrumentals. There was much to learn about his life and adventures. Slowly the story began to reveal itself.
The following summer, when Dick returned from Mexico, I shot another interview at his home and around the town of Bentley.  It was then that he spoke about his stroke, and I now had enough material for a feature length documentary. Working in my studio at home I manged to complete the film piece by piece, and I will be forever grateful to Dick Damron, Brian Richard, Sam Taylor, Pam Lyken, Harley Hay, and my family for their support and encouragement.  It now stands as a testament to an amazing and enduring Canadian artist who, in the great Canadian tradition, deserves more recognition and applause!
Richard Harrow 2015 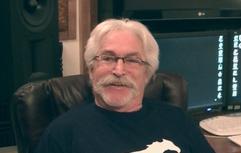 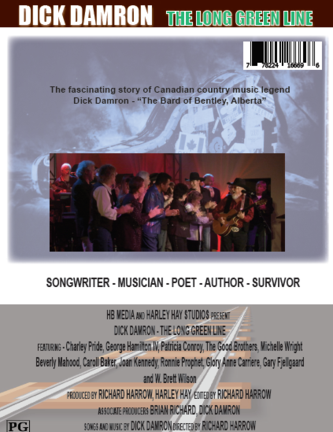 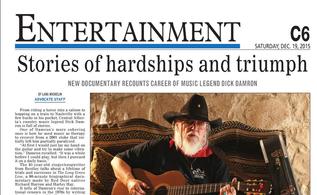